As founder and president of Laurel Financial Group, Inc., Wes directs the firm’s efforts on helping families and business owners plan and manage their savings, retirement, and wealth.

Wes and the advisors at Laurel are firm believers in a holistic approach to wealth management and planning. Financial security is, after all, what we aim for in the big picture.

Wes doesn’t believe money is the end-all; it is the foundation for a degree of freedom with the choices we face in life. The size of a portfolio cannot measure success or happiness; it’s how it is utilized, viewed, and handled that can bring these results about.

Wes has yet to meet any two clients who are alike, and because of this, he believes in a truly personalized approach to planning. Unlike many other firms, Wes does not promote the use of any canned model portfolios at Laurel and has never used them himself. This gives Wes the ability to tailor portfolios to clients’ needs without compromise.

Wes earned his securities registration in 1983, the CFP® designation in 1988, and the AIF® designation in 2010. A lifelong resident of the South Hills, he and his wife have three adult children who have started on their gluten-free professional careers. Wes is especially proud that his two daughters have already successfully launched their businesses and his son has entered the music industry.

Wes enjoys family, friends, outdoor sports, and spending time deep in the mountains, and he aggravates himself with an avid pursuit of golf.

Wes and his team can help you with any of your financial needs, including saving for college, retirement, or any other life goals. Wes can also direct you to solutions in life and health insurance.

Mike is an investment advisor and has been with Laurel Financial Group since January 2015. Mike has earned the distinction of being a Retirement Income Certified Professional® through his focused study on creating sustainable retirement income plans. Mike primarily creates and reviews portfolio allocations and retirement income plans for clients. He is also heavily involved in the security selection and monitoring process. His background in engineering helps him thoroughly break down a financial situation and recognize a realistic approach for helping clients reach their goals. From his time on the football field, Mike also knows firsthand that a game plan is only as good as its execution. He prioritizes plan monitoring and clear, realistic goals among the most important parts of implementing a plan.

Mike graduated from Case Western Reserve University with a BS in mechanical engineering in 2012. After graduation, he spent nearly three years as an application engineer in the welding industry with the Lincoln Electric Company in Cleveland, Ohio, where he helped customers identify and solve their welding issues. He specialized in aluminum and robotic processes, and he can lay down a pretty nice bead if he does say so himself. Mike really values his time spent at Lincoln, where he got to develop solutions with other engineers and welders from all over the world. Mike made the switch from engineering to financial planning out of a desire for a career that was relevant to more people in their everyday lives. He has always thrived and felt most in his element when helping others solve problems, so he thoroughly enjoys helping clients work through personal finance issues such as retirement planning.

Mike enjoys many things in life but is definitely in a coffee and cycling phase right now. He is mastering the art of pour over and French press coffee brewing and is trying to ride 40 miles a week. Mike is also always up for some golf, but buyer beware, his game ranges from that of Dustin Johnson to someone who has never hit a ball before on any given day. Cooking is also one of Mike's loves and he's become half decent at it because his true passion is eating. Most of his time outside of work, however, is spent keeping his home and yard from falling apart. Mike and his wife, Rebecca, live in Whitehall with their cat, Misha, whose mischief takes up whatever time isn’t spent on the house.

Mike would love to help you with any issues involving retirement planning, small business retirement plans, debt consolidation, payoff planning, college saving, or just general investing. He's also nifty if you need to cook for someone who is gluten-free like his wife. 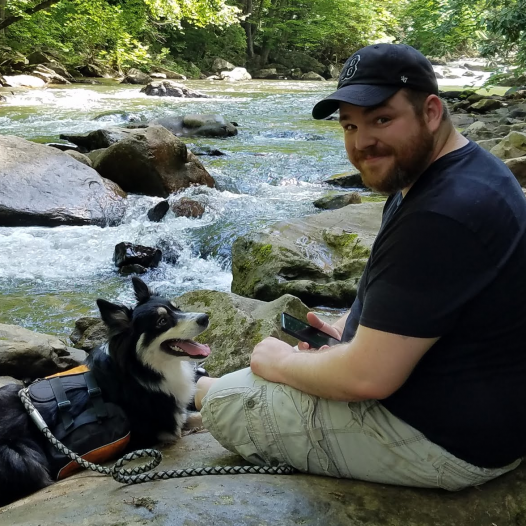 Aaron has been with Laurel Financial Group since May 2011. Aaron was brought in as an insurance specialist to expand Laurel Financial Group's expertise. In 2015, Aaron became an Investment Adviser Representative.  He had realized that one of the biggest obstacles to a successful retirement is rising medical expenses and sought to take a holistic approach to retirement planning. Using his background in the insurance field, Aaron creates retirement plans that don’t end at investment management but that also includes life, health, and long-term care insurance planning.

Originally from Rochester, New York, Aaron moved to Pittsburgh in order to attend Robert Morris University with aspirations of becoming a high school social studies teacher.  It was his sixth-grade social studies teacher, Mr. Etkin, who kindled his love for history.  As he grew older, he became increasingly interested in ancient Egypt, Greece, and Rome, along with the American Civil War.

While at Robert Morris, Aaron worked at Best Buy in order to fund his dreams. During his time there, Aaron was promoted to store supervisor because of his track record of great sales and exemplary customer service.  His interest in all things technology is an invaluable asset to the office as he is the designated "tech guy," whose expertise ranges from fixing computers and phones to even building them.

When Aaron isn't in the office or studying for his next designation, he spends the bulk of his time with family, friends, and most of all his animals. He and his wife, Rachel, have three crazy animals: an adorable Siberian husky named Nyx, an easygoing cat named Moose; and their newest addition, an Australian shepherd named Rocket who joins us in the office a few times a week.  Aaron loves spending as much time as possible with his "beasts,"  including curling up with Moose to read a good book; taking a walk with Nyx; or his newest hobby, canine agility with Rocket.

Aaron is a huge sports fan; primarily he's a rabid Red Sox fan (ask to see his office sometime).  He also loves the Green Bay Packers, which can be a little rough in the steel city.  His other primary interest has become cycling, which if you asked Rachel has probably become more of an obsession.  When he gets a free moment, he just wants to be on his bike pedaling until he can't anymore.  He and Mike are currently working toward the goal of riding the Great Allegheny Passage to Washington, DC and potentially dabbling in Cyclocross racing.

Aaron has his FINRA Series 6, 7, 63, and 66 securities registrations, as well as insurance licenses while being an Investment Adviser Representative for Laurel Financial Group and Commonwealth Financial Network®. Aaron would love to help you plan for retirement, manage your small business retirement plans, as well as help with debt consolidation, general investing, or any life, health, or long-term care insurance needs. 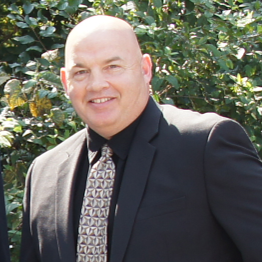 In 1996, Jack started his career as a financial advisor in Pittsburgh, with the precept of being able to build relationships with individuals, families, and business owners without restrictions to all the resources, products, services, and tools available to him. Being an independent financial advisor has allowed his client-first philosophy to be the core tenet in his role as a financial caretaker.

Jack is a 1985 graduate of Point Park College with a bachelor’s degree in business management. As a college senior, his interest in investment management was sparked when he took the initiative and attained his first securities and insurance license as part of his independent studies. He also was an outfielder and co-captain on the Point Park Pioneer baseball team.

After graduation, he moved to Florida to pursue a dream of being a professional golfer. While in Florida, he also worked in real estate as a licensed business broker. He credits these experiences, and others, with helping him garner awareness and appreciation of the many obstacles, both personal and financial, that can unfold at any time and at any stage of life. He builds upon his collective life experiences daily as he helps his clients with all facets of their financial lives.

Jack maintains designations as a Registered Financial Consultant (RFC®) and an Accredited Investment Fiduciary (AIF®). Each of these designations focuses on client-first principles, continuing education within the field, and high ethical standards for the process. Additionally, Jack has completed the CERTIFIED FINANCIAL PLANNER™ (CFP®) program from the College of Financial Planning and serves as Laurel Financial Group’s vice president and compliance coordinator.

Like many Pittsburghers, Jack and his wife, Lori, have centered their life around their kids and extended family. The diversity of the region, active community, faith-based traditions, sports, educational opportunities, and the many other positive attributes that the “Burgh” has to offer has made Western Pennsylvania the perfect place to grow up and raise a family. Jack feels that the personal and family-oriented culture of Laurel Financial Group is a direct reflection of the Pittsburgh area and serves as the foundation that helps each advisor build lasting and caring relationships with his or her clients.

Guy’s primary areas of focus are investment management and retirement income planning. In addition, he helps clients organize and integrate other areas of their personal finances such as risk management and education funding.

Before joining Laurel Financial Group, Guy was affiliated with a corporate financial services firm. After some time there, he realized that their business model of stressing proprietary products wasn’t for him. It was apparent that there are no “best” products or solutions for addressing clients’ financial needs. The independence of being affiliated with Laurel Financial Group is better suited to Guy’s philosophy of how the financial services business should operate. He views financial instruments as tools that, in most cases, shouldn’t simply be characterized as good or bad. And the tool, or combination of tools, must fit client circumstances.

Guy resides in the Elizabeth Township area with his wife, Julie, and teenage son, Cameron.

Bridget enjoys biking, skiing, traveling, and volunteering on the Montour Trail in the Hooton Gardens. She also likes to explore new languages and is currently learning German. When she isn't out and about, she likes to spend time with Greg and their dogs, Bianca and Mathilda.

Bridget brings a fresh perspective to the team and has a great outlook on life. Her philosophy of "getting out there and learning something new every day" is one of the reasons we are excited to have her on board.